On the eve of European and local council elections, and in the wake of some of the most ominous and important political developments of the 21st century, it is worth discussing the elephant in the room.

Neoliberalism is an economic and political philosophy born of negative liberty, which underpins the newest mutation of capitalism. It is a unique form of capitalism that deserves its own analysis. As an entrenched philosophy, ironically it doesn’t have an explicit faction of defenders on the political stage, but in identifying the absence of mainstream political rhetoric specifically in favour of ‘Neoliberalism’, we shouldn’t trivialise the extreme effects it has had on geopolitics and economics.

In offering a description of it, it is important to highlight that proponents of Neoliberalism have a predisposition for private entrepreneurship over collective action, and markets over government – this however, does not exclude neoliberals from playing a very active role at the heart of governments. Correspondingly, its champions are responsible for the large-scale introduction of private capital into the realm of public services.

This form of capitalism, which embeds unelected corporate lobbyists at the heart of the policy making process, has been related to a wide range of political phenomena dating from the late 1970s onwards. These developments include, but are not limited to, the politics of Thatcher, Reagan, and Pinochet in the 1980s. Clinton’s Democrats, Blair’s New Labour, and the 2008 recession, in the 1990s-00s. In the last decade it has also played a key role in political developments such as the opening of China, economically. Its origins however, precede all of the abovementioned phenomena.

Neoliberalism and Negative Liberty
Early twentieth century Austrian economists Ludwig von Mises and Friedrich Hayek were its foundational thinkers. Both exiled during WW2, they viewed the development of social democracy, embodied in Roosevelt’s New Deal and Britain’s welfare state, as the results of ‘collectivism’, the same subversive political ideology that lay at the heart of communism and Nazism. Both had written popular works. Von Mises’, ‘Bureaucracy‘, written in 1944, argued that there could be no compromise or accommodation between capitalism and socialism. While Hayek’s, ‘The Road To Serfdom‘, warned that all government planning led inexorably to totalitarianism.

Both works, being widely read, presented some very wealthy individuals with a ready-made philosophical framework perfectly equipped for freeing themselves from the pitfalls of social democracy – economic regulation and fair wealth taxation.

In 1947, Hayek, with the assistance and financial support of those same wealthy individuals and businessmen, set up the Mont Pelerin Society, an organisation whose primary concern was the spread of Neoliberal thinking. These values were built upon by Chicago School economists such as Milton Friedman, manifesting eventually, in the political project set forth by Reaganism and Thatcherism.

Essentially, by reducing the roll of the State in the economy, Neoliberals envisioned a new age in which autonomy and creativity would thrive. What actually transpired, according to environmental activist and writer George Monbiot, is a semi-privatised authoritarianism more oppressive than the system it replaced. A doctrine that promises diversity and freedom but demands conformity and silence. The freedom we were promised, he argues, turns out to be freedom for capital gained at the expense of human liberty.

But what is human liberty? And what does it mean to be free in a system that views freedom for the wolf as more important than that of the sheep?

In attempting to answer such a question, it is worth mentioning that proponents of Neoliberalism are by consequence supporters of Negative Liberty. This specific idea of freedom, which had its origins in the writings of 17th century English philosopher Thomas Hobbes, was elaborated upon by other famous philosophers including Immanuel Kant in late 18th century Germany, and Isaiah Berlin during the Cold War era.

Berlin, in his 1958 inaugural lecture at Oxford University, proposed his theory of freedom, ‘Two Concepts of Liberty’ – claiming that both positive and negative liberty were two very distinct and contradictory ideas of freedom. He argues that freedom, in the negative sense, involves an answer to the question: ‘What is the area within which the subject—a person or group of persons—is or should be left to do or be what he is able to do or be, without interference by other persons‘. Negative liberty, therefore, is freedom from barriers, constraints, or obstacles. An individual has negative liberty to the degree that actions and choices are available to them in this negative sense.

Positive liberty, on the other hand, is acting in such a manner so as to take control of one’s immediate circumstances by realising one’s autonomy – to become a self-determining agent who is part of something bigger than the simple pursuit of individual desires. Positive liberty consists, in part, of this growth in the individual. The free individual, in the positive sense, is one that develops and changes their own desires and interests autonomously and from within. This is not liberty, in the shallow Neoliberal sense, as the mere absence of obstacles, but freedom as self-realisation.

So, in its pursuit of negative liberty, it remains clear that this form of capitalism has its dogma – more markets, less government. Pinochet in Chile illustrated how fundamentally flawed this economic shock doctrine really is. Other countries that have stuck closely to the Neoliberal model of globalisation have also been hurt in the extreme, Mexico being one particularly sad example.

In adopting this model, the world has experienced an obvious and rapid shift toward markets from the late 1970s onwards. Likewise, it’s no secret that those on the centre-Left, namely, socialist and social-democratic politicians in Europe, and Democrats in the USA, have openly promoted some of the core principles of Thatcherism and Reaganism – principles such as fiscal liberalisation, privatisation, and economic deregulation, all of which lie in stark contrast to Left-wing economic imperatives. It is worth noting that this criticism, barring the exception of a small number of individual awkward voices, extends locally to our mainstream politicians in Ireland, north and south.

Politicians and councillors who claim to be in opposition to such practices and political corruption, who are guilty by association with Neoliberalism, should be made to answer for their hypocrisy. They are simply not radical enough, and therefore, are politically ill-equipped to deal with the threat posed to both human freedom and the welfare of the planet, by Neoliberal political planning. This form of planning is perhaps best exemplified in attempts by consecutive Stormont governments to attract Foreign Direct Investment from largely unregulated corporate entities. This is justified by mainstream parties, as a means of improving the local economy, which consecutive governments have failed to do.

Therefore, in terms of representing the social and economic interest of the public at large, they fall miles short. Furthermore, in adopting these principles they have forgotten that economics is not just about efficiency and growth, rather, the primary concern in organising societies and economies should be the welfare of our planet and its citizens, a more equitable social policy.

We lived through the worst economic disaster in history. Global capitalism’s inherent antagonisms haven’t been solved, they are, and always will be, driven by forces which are volatile and self-destructive. As we have witnessed in the US and Europe following the 2008 recession, global wealth and social inequality are now at historically high extremes. The recession, being the spawn of deregulation and economic speculation – long-held Neoliberal values – happened because politicians allowed financiers to lobby government to set fiscal policy through which financiers could extract hundreds of billions of pounds in hard-earned wages from public pockets. Bankers and other financiers were able to speculate with what they had accumulated, creating various speculative bubbles, volatility in the housing market, and instability in other significant markets such as banking. Their project collapsed and they were eventually bailed out by those same public pockets when their fantasy form of capitalism played through to its logical end – crisis and recession.

So given the economic and political experiences of the last 40 years, in which Neoliberal capitalism has consistently failed to solve its inherent antagonisms, it is clear that social and political objectives that favour the many and not the few cannot be achieved by means of technocratic economic policies. Politics, with both a small and big ‘p’, must play a predominant role in providing a radical and positive view of a sustainable alternative to modern capitalism – unfortunately this view is severely lacking in the mainstream.

So, if you choose to vote for a mainstream party, you might want to consider two things:

1) That you are voting for negative liberty. A political ideal that creates apathy, indifference, and hopelessness. Negative liberty, with its view of human beings as robotic and predictable self-interested agents all in pursuit of their own selfish desires in the consumer market, is certainly a limited concept of liberty. The limitations of negative liberty should motivate people to work for positive liberty. Furthermore, we can never agree a genuinely positive vision of the future if we don’t talk about the elephant in the room – Neoliberalism.

2) That you are voting for parties that, through their support of, or failure to challenge Neoliberalism effectively, have endorsed this current form of disaster capitalism as a ‘unique universal formula for improving economic performance’ – but as we have seen in the economic, political and social chaos of recent times, it is anything but. 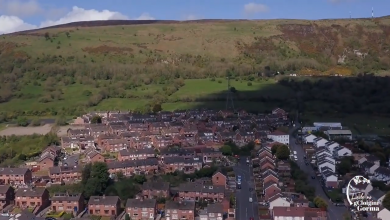 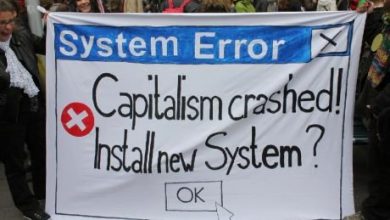 A Welfare State for Global Elites 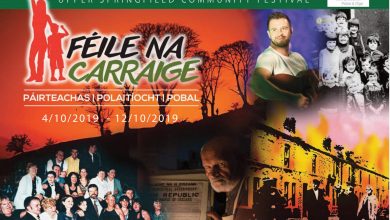 Féile na Carraige and the importance of local place